I Heard it Through the Internet Grapevine

Home → Online Marketing →I Heard it Through the Internet Grapevine 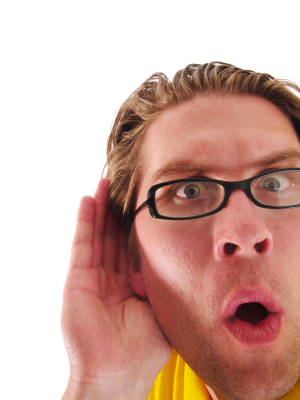 I Heard it Through the Internet Grapevine 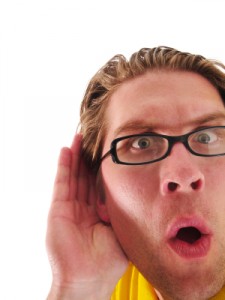 Internet marketing gossip is exploding  — and the line between fact and fiction is blurring. If gossiping is a crime, then every blogger and Internet savvy professional needs to be incarcerated for this misdemeanor. What was once an indulgence is becoming a dependency as more and more individuals are turning to various social media outlets to extract their daily dose of breaking news and scandal. Today, people are simply taking a quick glance at their updates on Facebook and Twitter to squeeze out the latest juice. Social media marketing is the driving force behind this Internet sensation, and businesses everywhere are taking notice of its impact on consumers and using it to their advantage. They’re spending less on print ads and relying more on word of mouth through online marketing to establish their web success.

It’s no secret that a small whisper can turn into a loud buzz through emails, blogs and tweets. Like Michael Jackson’s tragic death or the shocking fabrication of the demise of actor Johnny Depp, gossip is an unstoppable force and it’s making a special guest appearance on every text, tweet, and chat room. Whether imported or formed domestically, hoaxes and factual stories alike are making the evening news. As Mark Twain once said, “The reports of my death have been greatly exaggerated.” This was a giant wake up call for marketers who underestimated the power of the digital word to deliver their message. Companies are quickly fanning this fire by to turning their words into actions by using Internet medias to promote their brands, goods and services.

What Happens in Vegas, Goes on the Web

If you want to save a marriage before it’s even begun, do yourself a favor and delete last week’s bachelor party pictures from your camera. Today nothing is safe from the prying eyes of the Internet. When pictures and comments get posted on Facebook, they will go viral on other sites like Flickr, Twitter and YouTube. Even Google is jumping on the bandwagon by indexing Facebook Updates. You can bet your dirty laundry that friend and competitor will read it. With so many social media sites itching to be the first ones to deliver the breaking revelation of the day, nothing ever is kept hush or in the dark anymore. So it is a good practice to discriminate what you post — from a corporate or personal standpoint.

With Internet gossip running rampant, things can spiral out of control. You may not be able to stop it but you are not helpless either. Managing your reputation is important, especially when your business relies heavily on online marketing to deliver your message. Good communication has always been effective and holds true in this digital era. Be honest, transparent and consistent. Address your detractors online and promote your brand.