By Bob Speyer and Kristin Tomlinson

A few exciting new tools have blasted onto the web that are being used to advance the Twitter market and attract advertisers and users toward new markets. Even Google has entered the Twitter universe and further support the view that Twitter is a marketing tool that is here to stay. Advertisers can now reach users who can in turn be paid for supporting the advertisers efforts. Users can also increase their customer base and connect with more relevant Tweeters. Here are a few innovative tools and their features that will motivate you to tweet and keep the Twitter buzz alive:

Promoted Tweets: Twitter has just announced a new revenue-generated ad model called Promoted Tweets. It connects advertisers with tweeters. Advertisers can use the same 140-character messages to promote their brands and will appear on users Twitter pages. Tweeters can then earn money for spreading the tweet a to their followers, thereby going viral. Advertisers create and make an offer to tweeters, who in turn write tweets and include links to advertiser’s sites. Sponsored Tweets then will make electronic payments to the tweeter participants.Starbucks is already on board with this new Twitter tool and their sponsored posts will appear atop user-based searches that relate to their product.

Replay Popular Tweets: Google is now allowing people to rewind time and check out popular tweets through their Google Replay feature. You can now focus in on any point in time and replay what people have tweeted about on various topics that made headline news the previous months and later back a few years. By indexing all the most popular tweets, Google is allowing people to go back in time and see how people expressed their opinions and how they reacted to particular events on Twitter — all good marketing information. 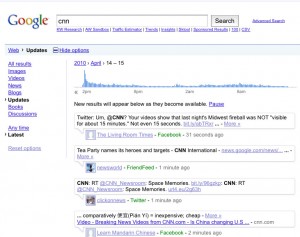 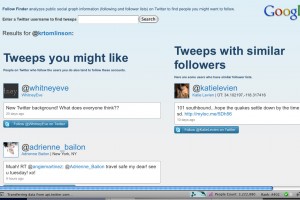 These new options express the ever-expanding Twitter world and are designed to help organize all the overload of information that is generated by Twitter. This will help users organize their accounts in more useful and efficient ways. It will also allow Twitter users to drill down to locate users to your choice and become more selective and effective in reaching and expanding your base.

Grow Your Business Online: These tips are meant to be used as a guideline to improve traffic to your site, increase your conversion rates, help turn visitors into buyers, and keep you ahead of the competition. Turning to a web marketer can ultimately save you time and money and increase your success online. The Web Success Team has many proven marketing strategies and techniques that can be viewed at https://www.websuccessteam.com. The Team would be happy to discuss your web marketing needs with a complimentary consultation and web marketing assessment of your current site. Simply mention this article when contacting bob@websuccessteam.com or call 818-222-5643 for an appointment. To your web success!