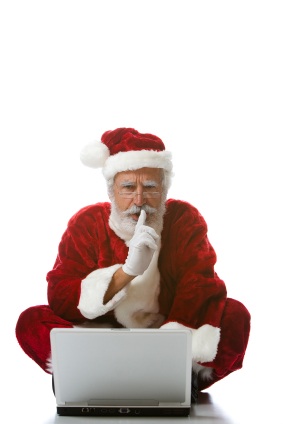 Is it really possible that a simple “click” on a keyboard can single handedly stimulate the economy? Based on the sales, revenue and traffic generated on Cyber Monday 2010, it looks as though this may be the case. Instead of running towards store windows, people ran towards their computer screens in record numbers yesterday, spending an estimated $194.98 per person and drawing an astonishing grand total of 45 billion dollars at the end of the day. According to Coremetrics, a division of IBM, online sales yesterday were up 19.4 percent, compared to Cyber Monday 2009. Coremetrics also reported that total sales on Cyber Monday were 31.1 percent higher than Black Friday’s online sales.

‘Tis the Season for Savings

What makes Cyber Monday so appealing? The savings, of course. Many stores from Target to Kohl’s were not only offering online coupons, but online promotions that took off hundreds of dollars on merchandise. The first thing to sell out was televisions, many of them flying off the shelves at a record rate, selling for a price nearly half of what their worth. Here are some of the hottest ticket items from yesterday that sold-out in mere minutes:

1. Rebel XS Digital Camera: With two lenses, carrying case and media card – regularly $849.99 and on sale for $599 – this item was so popular it sold out before noon on Target.com.

2. Kindle: Without any Cyber Monday discounts, this was still the hottest selling item on Amazon.com priced at $139 with free shipping.

3. iPad: EBay.com offered 400 iPads at 10% off as a daily deal yesterday. As expected, the online auction site sold out of them in 20 minutes.

4. Toshiba Laptop: This was probably the most popular deal on Bestbuy.com. With an Intel processor and 250GB hard drive, it sold for only $299.

5. iPod Touch: As the final sales were tallied on Sunday night, this was the hottest selling item on Walmart.com. With an accessories kit that included a car charger, USB cable, dust cover and cleaning cloth for regularly $249, it sold for a hard to beat $210.

Shop Till Your Fingers Stop

It appears that after the numbers were announced yesterday Cyber Monday just maybe the answers to the economic slump . . . the one thing that can pull us out of this recession. Don’t be surprised if ladies start asking their men for their credit cards with the excuse “but, what I buy will be good for the economy . . .” And from yesterday’s results, there’s no use denying that statement. Armed and dangerous, never underestimate the power of a person with a credit card.

About the Author: Kristin Tomlinson is an online marketer, social media strategist and works for the  Web Success Team. You can follow her @websuccess or join the Web Success Team Facebook Page