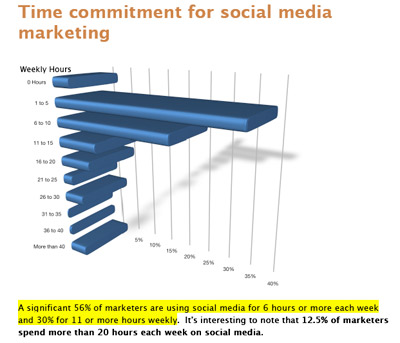 Social media is about conversation and always has been. Here are twelve jaw-dropping statistics that may help you plan your next social media campaign.

As you can see, today’s social media world has grown to new levels. Marketers should always plan ahead. Be sure to take the time to consider your business and marketing objectives before adopting a new social platform or launching a new campaign.

Alyse Speyer is an Content Strategist, Social Media Marketing Consultant, and a published poet. She has written on the topics of Online Marketing, Social Media, and Lead Generation for ClickZ, Visibility Magazine, and Women in Business Online Magazine. Alyse currently lives in San Francisco, CA.