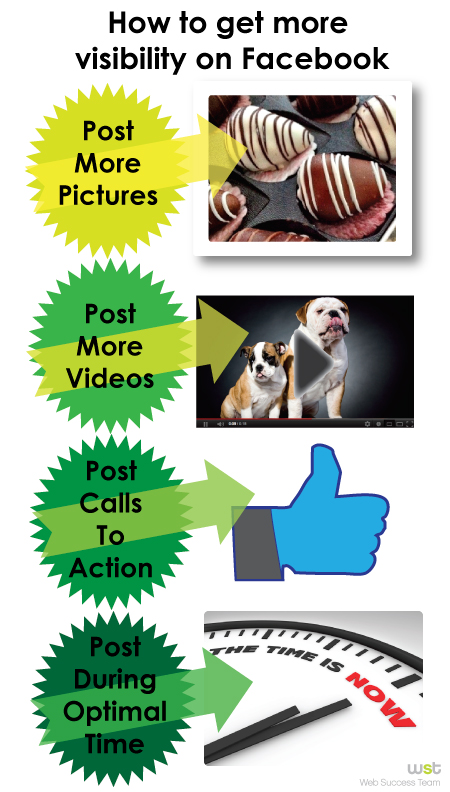 If you’ve noticed a recent drop-off in Facebook posts by some of your favorite companies, you’re not alone. Facebook was accused of changing its algorithm so that posts by brands don’t show up as frequently in newsfeeds. As of October 3, two social media executives went on record stating that a change was in the works, which would drastically decrease the organic reach of each post for companies with large amounts of fans. Facebook confirmed that it was true, in an attempt to reduce the amount of brand-related posts that were cluttering individual feeds. Often referred to as “Edgerank,” the new algorithm was developed in an effort to maximize advertising profits and boost struggling stock prices. If you’re an advertiser, user, brand, or stockholder— this change affects you, whether you like it or not.

Some of the major changes in the algorithm will influence how the overall site functions. The most concerning change for advertisers is the decrease in organic reach for most posts. According to Ogilvy.com, this decrease could be anywhere between 5-40%, however some may be unaffected. Also according to one report on BusinessInsider.com, they “show a sudden decrease in reach starting on September 21, ranging anywhere from a 24% to a 63% decrease (averaging out to around 45%) in average organic reach when compared to the previous two months.” After properly integrating and promoting the use of paid “promoted posts,” Facebook plans to show users 80% organic posts and only 20% paid posts.

What This Means for Advertisers

This change affects everything in regards to Facebook advertising. Brands will need to be more strategic as text-only posts are not likely to get much visibility. Sharing audio, photos or videos will increase engagement while also adhering to the new algorithm change. By posting from one of these categories two times per day at the optimal time when you’re most likely to get the most engagement, you may be able to keep the algorithm effects to a minimum. Additionally, advertisers and brand strategists will also need to amp up newsfeed interaction. If you’re competing for limited visibility amongst other brands, you are definitely going to need stronger and more creative calls-to-action. Also, if you’re planning on maintaining or increasing your levels of engagement, you’re going to need to get very familiar with Facebook promoted posts. Depending on how many fans your page has, you can spend anywhere from $5-$75 on promoting just one status update or image.

What This Means for Users

The Facebook algorithm change could have users feeling one of two things. Either they will like the fact that they are seeing fewer posts by brands and more posts about their friends, or users will become less likely to engage with brands now that they are seeing their posts less and less. It also brings up the concern as to whether posts are likely to be more “advertising” based, rather than engaging. Since brands will have less opportunities to get their message out, it only seems natural that promoted posts will head in this direction. Even if users are seeing posts less, that doesn’t mean they won’t start becoming blatantly sales-oriented or overbearing.

What Will Happen Next?

Facebook does alter its algorithm quite frequently, perhaps even as often as every day. Depending on the backlash from advertisers, which are their main source of revenue, the new change may be here to stay, or quickly get changed back if enough negative feedback is received. If it is here to stay, it won’t be surprising if the backlash they receive isn’t just from advertisers and brands alone. Considering that users proactively choose to “like” a brand on Facebook and follow its posts, you’d think that Facebook would let people continue to have control over what posts they want and do not want to see. After all, since Facebook is predominately a user-centric platform, you would think they would let the users decide what they want.

Share your thoughts below on the new algorithm. Have you noticed a drop off in page engagement? We’d love to hear about your experience!