Freedom of Expression Should NOT Get You killed!

Home → Blogs →Freedom of Expression Should NOT Get You killed! 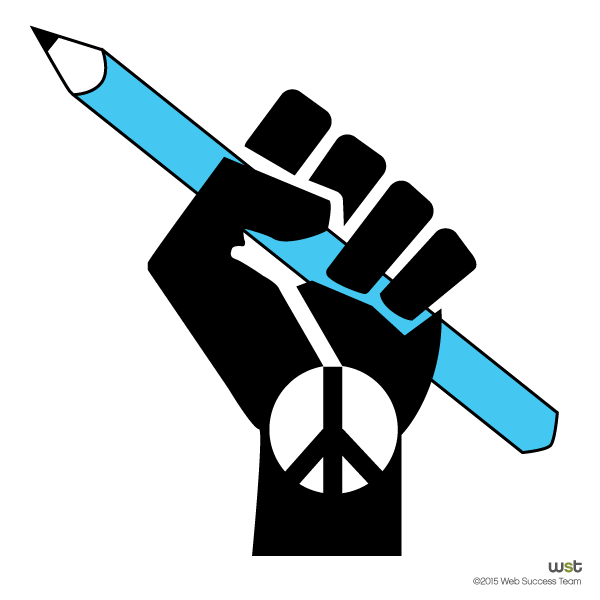 Freedom of Expression Should NOT Get You killed!

I am not a journalist. I run a business and subsequently with a weekly blog. I usually stay away from controversial topics. But today, tomorrow and always “I am Charlie!”

In the wake of the attack on the French weekly magazine Charlie Hebdo, I felt compelled to write this post. I just recently returned from Paris, “the city of lights”, a couple of weeks ago and was stunned to read about the murders.

First they came for the Socialists, and I did not speak out
Because I was not a Socialist.

Then they came for the Jews, and I did not speak out
Because I was not a Jew.

Then they came for me—and there was no one left to speak for me.

Last week’s Paris march taught me that we can still have hope in spite of the horror. In my lifetime have never seen such a show of support coming from so many communities. I am proud of the fact that collectively – Muslim, Jew, and Christian – we stood up to be counted. Freedom of speech and our common humanity has united us. We must not forget that we are all fighting for the same thing and what has transpired at Charlie Hebdo could also happen to anyone, anywhere. Imagine a world with basic restrictions, it has happened before and it could happen again.

I followed Charlie Hebdo’s cartoons. I found some to be funny and some insulted my values and were offensive. I shrugged at the inappropriate ones. The French culture takes great pride in the art of satire. No one gets spared and every genre insulted. This has been going on since the great French author Rabelais wrote Gargantua in 1534. He was a big believer in satirical comedy and a proponent of tolerance. Gargantua is a story about a lovable giant with no sense of propriety. The author thought that laughter would heal his patients.

That is exactly what Charlie Hebdo was intending… to make us all laugh at each other and ourselves – and to act as a mirror of today’s society. Some people would find the humor funny and others would squirm. This in itself is thought provoking. As you read the weekly magazine you wondered if it was your time to squirm.

In the age of social media and especially with the advent of Twitter, nothing is sacred. People are now expressing themselves around the globe, for better or for worse. Insults, jokes and opinions are flying everywhere on the feeds.

How should we react to this? With solidarity and with acceptance. After all, we have fought for our freedom of speech and liberty and everyone is entitled to it. Of course, there are certain limitations, but that is for another blog.

I feel very sad for the victims and their families. I also feel sad for those that are caught in the crossfire. There is an enormous chasm between people of faith and extremists.

These horrible crimes against humanity should give us a perspective and unify us rather than tear us apart. Let us learn from this that we must peacefully co-exist with our differences of opinions and agree to disagree. After all it is all about freedom of expression and dialogue.

As Edward Bulwer-Lytton said in 1839, “The pen is mightier than the sword.”