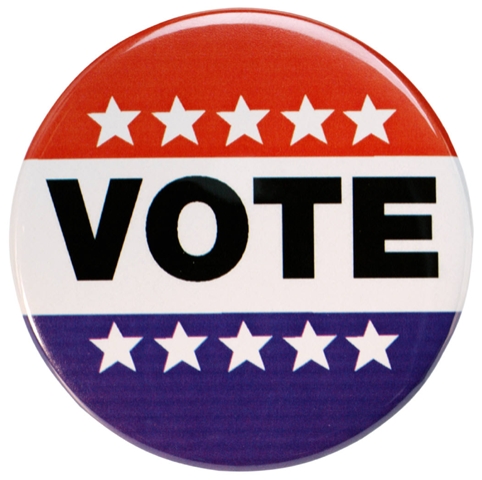 Races were won and lost on election day, but arguably the biggest winner was Social Media. It once again proved to be an invaluable medium to inform and influence voters.

Twitter, Facebook, Google and Foursquare enlisted election widgets and services on their pages to engage voter participation and inform them about the candidate’s positions.Facebook placed an online vote counter at the top of a user’s feed to click and then awarded them an “I voted” badge to use as a profile picture. There was over 5 million registered clicks and counting! It also had a link to a Google-driven polling location center.

Twitter wanted to document voter experience and used the #votereport hashtag. All data was then collected on TwitterVoteReport.com that also featured Google maps.

Foursquare also offered an “I Voted” badge when they checked in to their polling place.

Google aided voters by launching a link on its homepage to find their polling place. They also featured a list of most searched politicians with California gubernatorial candidate Meg Whitman as number one, followed by Nevada Senator Harry Reid and Kentucky senate candidate Rand Paul. (Note: only Paul won!)

On pre-election day, the social media was actively sharing candidate opinions and positions, reviews of each candidate and discussion of hot button issues, like California’s Proposition 19 on legalizing marijuana (also lost).

The British Are Voting

Not just a U.S. election phenomena, social media impacted the general election in Great Britain last May. A recent study conducted by Reuters Institute for the Study of Journalism showed how it affected 18-24 year olds as reported in the PressGazette.  The study found 97% of that age group used social media to discuss the election, share information and participated in polls. It also stated that most of their political information was garnered online rather than through the print or broadcast media. Also voter registration was impacted through Facebook ads where some 250,000 UK young adults registered to vote online.

This research showed how social media influenced young adults to become more informed and engaged in the voting process. The more eligible voters, the higher the turnout, the more people have a say in their government. That’s democracy at its best. Young UK voters blogged, tweeted and participated in online chat rooms to discuss their views.

And the Winner Is…

In conclusion, social media’s real-time feedback added a new dimension to a predictable election season. Social media in turn fed the mainstream media and invigorated the entire process. In the end, everybody won (even those who lost the election).