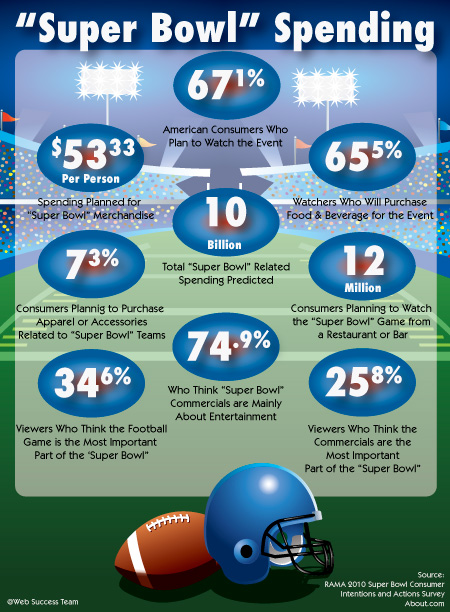 I once had a friend tell me that he only recently started to follow football so that he would have more interests in common with his customers. People choose to follow or not follow football for various personal reasons, however the Super Bowl is a whole different story. It is the most watched sporting event in America and a prolific gold mine for the advertising world.

Companies use airtime to showcase new commercials for the year and many people watch just to see new and comedic commercials. Major advertisers pay an upwards of $3.5 million for 30 seconds of airtime during the “Super Bowl”. With millions of viewers and potential millions in revenue as a result of successful advertising, companies want to protect their investment by creating a buzz before the event has commenced. Big companies such as “Coca Cola” know that a lot of people will be watching for the commercials, so they are trying to get people excited prior to the big day. Commercials are becoming a huge powerhouse because of social media, and they are no longer 30-second advertisements you will see on television alone, the good ones have the potential to become legendary. People will be Tweeting about the ads they see, and then people will want to re-watch them on YouTube. It goes much further than just the television these days.

Have you ever noticed that when a sporting event is on, that a lot of your friends’ posts will be about the game that’s being played? Social media usage kicks into high gear during highly anticipated games and experts are anticipating a higher than usual use of social media during this year’s Super Bowl. One trending topic seen earlier this year, Bronco’s quarterback Tim Tebow, received a record breaking 9,420 tweets per second! It will be interesting to see how many Tweets Tom Brady or Eli Manning get this year.

What’s even more interesting is that for the first time, the Super Bowl will be getting its own “social media command center.” For two weeks leading up to the “Super Bowl”, a social media “expert team” of 50 people comprised of both professionals and students from a digital marketing firm called Raidious, will be answering attendee questions about the event. Topics include information about the stadium, accommodation tips, directions, help with transportation and logistics, as well as safety and emergency procedures. Since it is a huge event for Indianapolis, the social media strategy will be targeted towards welcoming newcomers and enhancing their experience in Indianapolis, while also ensuring that people have all the information they need.

Get Social with the “Super Bowl”

Even if you aren’t the biggest football fan or care to see who wins, getting involved with social media during the “Super Bowl” could greatly enhance your company image. Social media has become the medium for information sharing, so make sure you take advantage of this crucial time by Tweeting or updating your Facebook while millions of users are checking their social media accounts regularly. You have a greater chance of being seen if you embrace the Super Bowl advertising frenzy and get online to promote your brand.