Visual Social Platforms to Watch in 2012 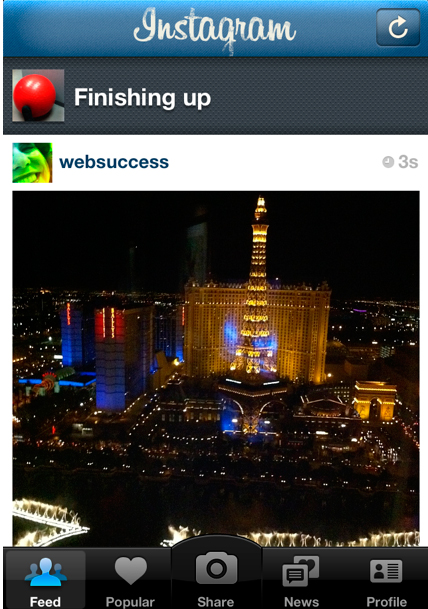 Visual Social Platforms to Watch in 2012

One of the most interesting trends to watch for in 2012 is social media going visual. What does that mean, you ask? It means that social media platforms such as Instagram, Pinterest and Tumblr are taking the center stage by appealing to the visual aspect of marketing and branding as opposed to just the content side. While content focused sharing platforms such as Twitter, Facebook, or LinkedIn are very effective for online marketing, the visual appeal that these sites embody is assisting companies in expanding their influence and attracting other niche groups as well.

Instagram really increased in popularity over the course of 2011. It’s been used for a number of different marketing campaigns such as modeling competitions, print advertisements and even magazine editorials. It’s also being used as an interactive tool to get audiences engaged by sharing photographs in the middle of a TV talk show so that viewers feel like they’re actually there. Twitter also has the option to share photos with followers, but because that’s not its main focus, photos often get lost because of the mass inundation of content. Instagram focuses on the sharing of photos and only photos. It allows you to tell a story faster, and in a more visually creative way. You can also add various applications to Instagram to help further your marketing efforts such as Webstagram, which allows you to search for and find other users. It’s a great way to build a following of your own and start sharing your photos with customers to get them interested and engaged with your brand.

Another visual social media website that has grown immensely over the last year is Tumblr. It has several features that separate it from the rest, and those features are the ability to tag within the application and easily share with other users. Tumblr stated that the most popular posts are always photo-based and that if you are working on branding a company in the arts such as photography, fashion or food, Tumblr is the right platform to use to help build a following. It’s also really popular among young users, so if your market happens to be under the age of 34, Tumblr is a great way to reach them. Tumblr is also extremely well known internationally and almost half of all users are outside the U.S. This is great news if you want to expand your brand beyond the realm of American consumers.

Pinterest is the newest of all the visual social sites, and out of all three, probably the most addicting for users. It’s a virtual pinboard that allows users to “pin” various photos or websites onto different pinboards, depending on their category. Then other viewers can view your share on a feed and they have the option to do nothing, re-pin your share, comment on it, or like it. Friends or strangers can follow your pinboards and see what you’re posting. The feed is similar to that of Twitter, but instead of seeing words, you see beautiful photographs where a lot of them are inspirational quotes, innovative decorating ideas or mouth-watering recipes. While its user base is predominately female, according to Mashable.com, “the site surpassed 421 million page views, which means that each of its 3 million users are spending quite a bit of time there — no small feat on the ever-growing web.” But in order to take advantage of this site from a marketing perspective, one must try to use the site to promote a specific lifestyle in order to engage consumers. Pinterest offers more of a “holistic approach” by which you are capturing and selling the essence of your brand rather than the brand itself. It can be a lot more effective than your typical marketing scheme because consumers can really see how your brand identifies with them as individuals in a more wholesome and down-to-earth way.

Why Get Involved with Visual Marketing

With the explosion and growing popularity of these visual websites, it’s clear that for some companies that this is the future of online marketing. If your company wants to appeal to a creatively minded audience, then these sites are definitely for you. But even if your company isn’t primarily focused on that type of audience, you can still develop a larger following by getting active with these sites and getting your name out there. Not only are they are easy to use, but they also don’t take up much time to manage. With just a few minutes a day, you can make your company seem more personable and you may be surprised at just how many connections you can make in a just a short period of time.
If you liked this article you may also like: