Facebook’s Going Public! How Does That Affect You?

Home → Business →Facebook’s Going Public! How Does That Affect You? 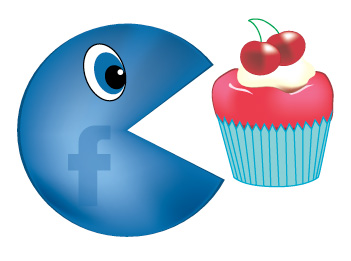 Facebook’s Going Public! How Does That Affect You?

If you’ve been reading the news lately, you’ve probably already heard that Facebook has announced that it’s going public and has filed an initial public offering (IPO) for $5 billion. For those of us not familiar with the financial sector, that means that Facebook is will be seeking to get $5 billion from investors. While it’s not surprising that Facebook made this move, what will be interesting is how this will impact the company as a whole, as well as the rest of the social media and online marketing world.

Going Corporate Has its Benefits

With 845 million users and the anticipation of reaching the 1 billion-user mark by this August, it’s no wonder that Facebook has made the announcement to go public at this time. If everything goes as planned and the company sells an estimated 7-10% of it’s stock and raises the proposed capital, it will be one of the largest tech IPO’s in history. This will inflate the company’s total value to anywhere from $70 to $100 billion, which is on par with McDonald’s to give you a sense of how large it could become.

If the company does succeed in going public, there will be a lot of advantages and opportunities that will become available. Some of the main advantages for going public are increased liquidity, which means more cash to expand business development or attract better-qualified employees. This can also mean business acquisition, so Facebook could start swallowing up other smaller companies and gain greater control of the market. It can also enhance public image and increase transparency since the company will be open to public scrutiny. This can benefit users because Facebook will want to keep stock prices high by keeping users happy and receiving positive feedback, so if you aren’t happy with a recent change made to the privacy settings (which happens far too often) perhaps now it will be more likely that your grievance will be addressed.

While there are plenty of advantages for going public and raising capital, there are a lot of other disadvantages that can play an integral role in the future success of the company. One of the most obvious challenges will be handling the major shift in how the company is run. Zuckerberg will no longer be in complete control and the shareholders will have an enormous influence on the direction that it heads in. Additionally, it affects the users because they are no longer just customers using a free service, they will instead translate into a product in which the company has built overtime. For users, there will also be a lot more advertising, but on the flip side, if you’re in online marketing, you will have a better opportunity to sell your product or service via Facebook. Especially with the roll out of Facebook’s open graph technology, online marketers will have a field day when they can better target their intended audiences.

Who’s the real winner? At this point, it’s hard to tell. Last year, several social media IPO’s such as LinkedIn and Groupon proved to be pretty underwhelming and didn’t do as well as expected when they went public. Facebook, however, has the opportunity to be different, so time will tell. Public shares aren’t going to be made available until May, so a lot of things can happen between now and then. Facebook becoming a public company will definitely affect users, but if there is one thing that its users have grown accustomed to, it’s change. So whether you see more targeted advertising or your complaints are taken more seriously, overall the changes should be rather subtle for your average Facebook user. But for the online marketing world, this may just open a whole other door that has the potential to perpetuate a lot more exposure for your company and strengthen your online image.