Effective Use of Demographics in Targeting Social Media Users 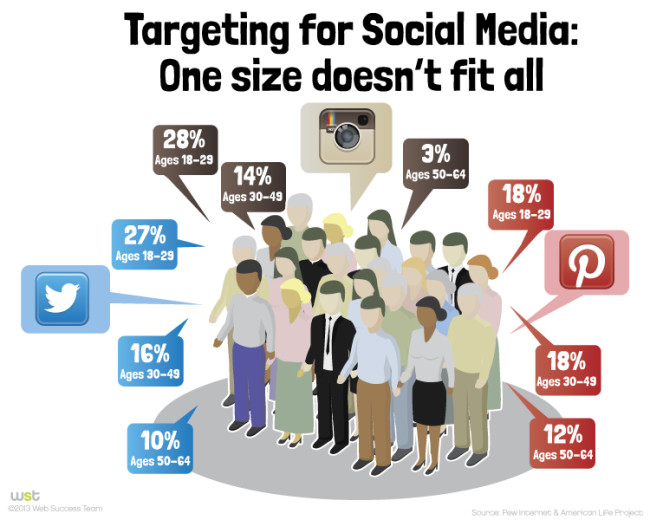 Effective Use of Demographics in Targeting Social Media Users

The most effective use of social media is to target where your audience is most active. Too often marketers preach to the choir or “talk” to an empty auditorium. In actual fact, U.S. social network users (163.7 million strong) are a very diverse group, particularly using Twitter, Pinterest and Instagram.

A December 2012 study of social networking demographics by the Pew Internet & American Life Project  found that 72% of Hispanics viewed themselves as Internet users compared to 68% blacks and 65% white. And women were 10% higher as social networkers than men (71% to 62%).

The Pew study reconfirmed what we already knew – Pinterest’s visual audience is mostly female. Pinterest is diverse in other ways: it attracts a wider age group and in particular the 18 to 29 year olds. However Pinterest is also very popular with Internet users in the 30 to 49 group, closely followed by the 50 to 64 year olds.

Knowing key demographics will help marketers craft their message to be most effective. One size doesn’t fit all. So don’t underestimate your audience(s) and recognize that Internet users are a diverse bunch.