Piggy Back Promotion for Small Business thru Social Media Marketing 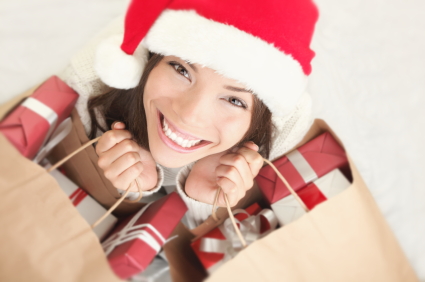 Piggy Back Promotion for Small Business thru Social Media Marketing

By now most have heard of the brainchild of American Express OPEN, “Small Business Saturday.” Sandwiched between Black Friday and Cyber Monday, it was meant to draw attention to small businesses throughout the U.S., help stimulate the economy and create jobs. I soon discovered it was much more than that!

My attention to this promotion was peaked by my local retailer, Sy Devore, an upscale men’s clothing store. They capitalized on Small Business Saturday by sending me an email adding their own sale to the mix adding that the promotion for them and AMEX is good until December 31st. Their offer: Get $50 back on a purchase of $200 plus another $25 back by using your AMEX credit card. Doing the math, spend $125 to get $200 in value. That’s almost 40% off any purchase, even sale merchandise. I know I will be visiting the store to take advantage of the month long promotion. And believe me I am not a fan of clothes shopping. But by putting off the inevitable, I am ready to buy for the holidays and why not at Sy’s!

Many small business retailers are direct marketing though email, Facebook and Twitter to their social networking connections to continue to pump the promotion. Most people thought it was a one day event. But by using social media to promote, consumers are re-energized to continue to shop the entire month of December where their buying power is greatest.

It’s a win-win for the retailer, AMEX, the consumer and the community. The retailer gets added exposure and of course increased sales. AMEX gets invaluable press and more positive attention to their brand (not to mention the almost 2 million “likes” on their Facebook page). The consumer benefits by spending money to save money! And the local community gets their economy a boost through added revenue and job creation.

Here is a perfect example of Social Media Marketing at its best. A major corporation (AMEX) has “partnered” with thousands of businesses to push the Small Business promotion through the power of social media. The viral component of this promotion is what is driving its continued shelf life and success.