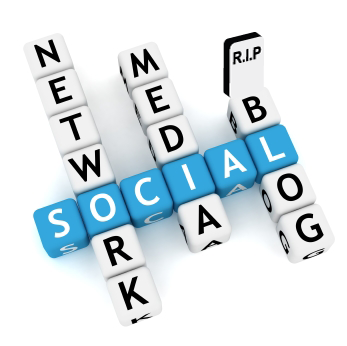 Marketers need to adjust to the demands of the marketplace. Today’s younger generation are further distancing themselves from us older “geeks” by redefining how they look or view the world. One obvious example is the Social Revolution that began in Tunis, energized in Egypt and spread to the entire Arab world.

Today’s youth is increasingly being served their information through Facebook and Twitter and less and less through other more traditional media such as blogs and broadcast news. Does this mean that Facebook is going to replace blogs among the younger generation?

With the popularity of Facebook and Twitter, the youth are moving towards quick updates to make their opinions felt, link to articles that irritate them, comment on news stories and events and share pictures and promote a worthy cause. Blogs still do that but the social media networking sites are rapidly replacing that function. Isn’t competition a wonderful thing?

The Internet and American Life Project at the Pew Research Center found that from 2006 to 2009, blogging among children ages 12 to 17 fell by half; now 14 percent of children those ages who use the Internet have blogs. In a more recent survey among 18-to-33-year-olds, the project said blogging dropped two percentage points in 2010 from two years earlier.

Reasons for the slight drop were: former bloggers were too busy to write and were disappointed by the lack of readership; other bloggers cited the efficiency of social networking in connecting with family and friends.

Blogs Are More Interested in Making History than Being History

If people want more in depth information, blogs are still the answer (for the time being). Not everything should be tasty morsels of information. To be better informed, blogs definitely have their calling.

It is important to note bloggers do have a symbiotic relationship with Facebook and Twitter. Bloggers use these social sites to promote their blog posts and hope to reach a broader audience by doing so. Instead of being competitors, bloggers should look at them as enhancing their blog presence.

If the younger generation is losing interest in Blogs and Blogging, us over “30 geeks” and our middle age and older counterparts are very comfortable with blogs. According to Pew during the last two years, the 34 to 45 year-olds using the Internet have increased their blog usage by six points to 16 percent. Blogging by 46 to 55 year-olds increased five points to 11 percent and blogging for 65 to 73 year-olds increased two points to 8 percent.

I wouldn’t discount the power of blogs. They are still considered alternative media and are an excellent source of grassroots information exchange. And I wouldn’t underestimate the younger generation in their ability to disseminate information. They are not the sound bite and channel changing generation they are so often depicted. They are perhaps the most informed generation yet. They can move mountains with their talents and certainly will change the political landscape of the world for years to come.