Super Bowl Marketing: The Game within the Game 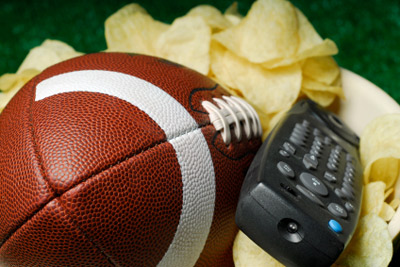 Super Bowl Marketing: The Game within the Game

The Super Bowl is a lot like Christmas – for advertisers, consumers, sports fans, and just about anybody with a TV and chips. Aside from the entertainment value, major corporations down to the small business want to capitalize on the Super Bowl and ride its coattails to profit.

While the big advertisers are paying upwards of 3 million dollars for a :30 second TV spot, other major brands like FedEX are opting out broadcast and turning to online videos to market themselves. They will have five three-minute short films featuring Fred Willard that they hope will spread virally across the web. The videos will be shown on their YouTube channel and their own website. The impact will certainly not be as instantaneous as reaching 50 to 100 million viewers at one shot. But the shelf life of online marketing will have “legs” and get more traction over the long haul. Even if the campaign is not as successful, they will have saved an enormous chunk of their advertising budget that can be used for other media buys, both online and offline.

Other companies, both large and small, are investing more in social media campaigns. Advertisers are fast recognizing that to build brand loyalty they need to connect with their consumers in new ways through online direct response marketing. What better way than through sports marketing where fans identify with athletes and their national teams.

The social media trickle down effect of a major sporting event like Super Bowl gives savvy marketers a chance to promote their businesses. As anticipation for Super Bowl builds this week, companies are tweeting specials, using Facebook to offer fans to engage and download coupons or promotional offers, and the blogosphere is chattering with top trending stories. Even athletes are exercising their egos and scrambling to hype the event to gain more followers.

Social media is playing a critical part in presenting brands and athletes in a manner that interacts with fans on a worldwide basis. It creates anticipation and excitement for fans that can communicate directly with their favorite athlete and connect with them on a more personal level. Social media is enabling brands to create lasting relationships with people around the globe that isn’t possible with television and print media.

The New Game in Your Town

What makes social media so attractive to marketers is its growing popularity among consumers using YouTube, Facebook and Twitter to get their daily fix news and information. Plus these social networking sites give brands a huge platform to reach millions of consumers. As an added bonus, these sites give brands the possibility of going viral and reaching more of their target audiences. The ROI is obvious. It’s cheaper than spending millions on TV, billboard and print campaigns, and companies can get real-time results in relation to how many people are engaging in these sites and taking advantage of their promotional offers.

The consumer has changed and companies have finally recognized that they need to be where the consumers are most responsive. Social media is the advertising vehicle of the future and will gain more advertising dollars as it continues to grow in popularity. So when you tune in to the Super Bowl this Sunday, count how many references there are to online marketing efforts. Then you will truly see how the game within the game is marketed.