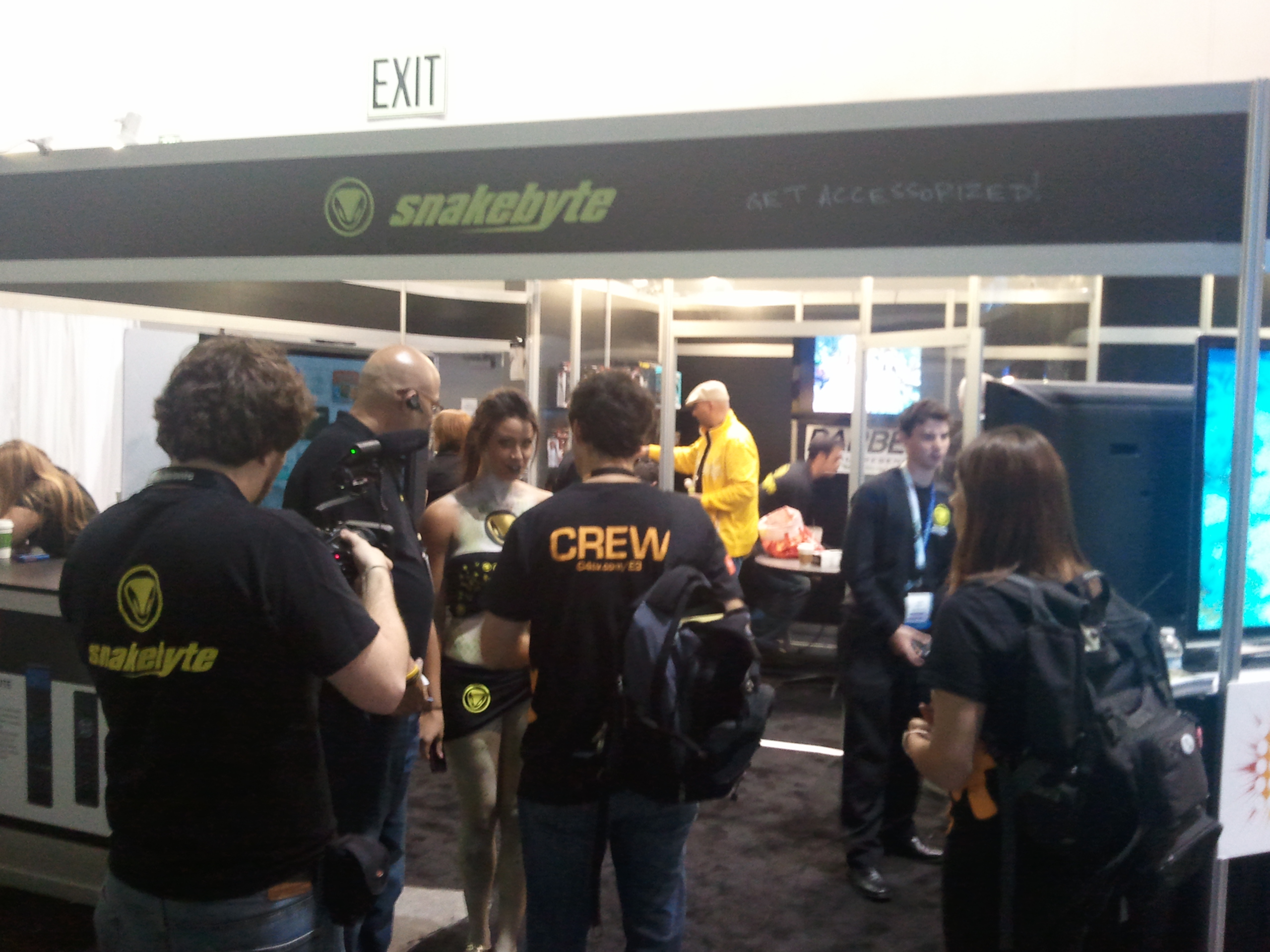 E3 (Electronic Entertainment Expo) is the biggest event in the computer and gaming industry. Brands and developers from all over the world go to E3 to show off new video games and game related products. Web Success Team had the pleasure of being Snakebyte’s social media team at E3 this year.

Sunflex is the leading manufacturer of third-party peripherals in Europe and Australia and marketed under the Snakebyte brand. Their North America division and brand, Snakebyte USA, is determined to achieve the same type of success here in the states. They recruited us to generate buzz for their products three weeks before E3 2011 began and we also live-tweeted for them throughout the day yesterday.

Social Media activities were critical in creating anticipation and excitement about Snakebyte’s rollout of new products, driving attendee foot traffic to the booth, promoting the SnakeBabe and contest give-a-ways, and raising awareness of the snakebyte brand.

In just a short amount of time we raised awareness for Snakebyte USA through Facebook, Twitter, and community forums. Community forums often fly under the radar when people think about social media. But gaming forums proved to be an important platform for Snakebyte USA – supporting the theory that social media is more than Facebook, Twitter, and LinkedIn.

Social media is about joining online conversations; no matter where they occur. As you develop a social media or online marketing plan for your brand, consider venturing outside of the major social networks to engage with your target audience. This strategy was vital to Snakebyte USA’s social media success and you might find value in it too.

The Web Success Team staff had a great time at E3 2011. The atmosphere was electric and the entire Los Angeles Convention Center was packed. While we were there, we were pleased to see the influence social media has on the gaming industry. There were several QR codes on display and we bumped into a few people who were tweeting as they walked from one exhibit to the next. All in all, it was a wonderful experience.

Kudos to Snakebyte for a job well done at E3 this week!