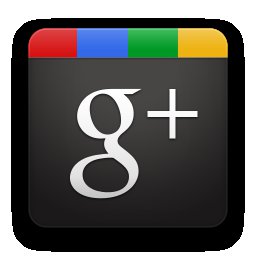 With the recent launch of Google+, will Facebook finally look over its broad shoulder? In just two short weeks, Google+ has attracted an astounding 10 million users and should grow to 20 million+ users in the coming week. It’s usually boom or bust in the .com world, but Google+ has the chops to really make an impact in the social network revolution spreading across the globe. But what does this new network mean for the common folk?

Let’s begin by explaining the rationale behind Google+. Google’s man in charge, Vic Gundotra, reasons, “We believe online sharing is broken. And even awkward. We think connecting with other people is a basic human need. We do it all the time in real life, but our online tools are rigid. They force us into buckets — or into being completely public. Real life sharing is nuanced and rich. It has been hard to get that into software.”

The Circle of Trust

The first thing you will probably interact with is the feature called “Circles”. Users organize their contacts into sharing groups of your choosing. You select people from your contacts, like your Gmail account or Google Contacts. Google then rewards you for doing this with a toolbar that is found across the top of all Google sites and makes it easier for the user to make groups and actively interact with them. It is easier, more intuitive and more selective than Facebook, which doesn’t allow the member to subdivide your friends, acquaintances, coworkers, execs, family member, etc. With Circles, you can have a “Family Circle” and share things only within that Circle.

Another great feature is called “Sparks” which are custom news and blog feeds that are geared to your interests. If you are interested in collecting ancient coins, you can click that spark and be shown things relating to ancient coins. Hangouts is another big feature. It is a video chat for a group of people. You can chat with a diverse group of family members spread across the globe.

What Does This All Mean for the Google+ Users?

The key to this Google project initiative is to try and unify and model human behavior for all social interaction. The controls are the web, mobile apps and the toolbar that shows all Google+ activity. The Google+ site is the nexus where you can slip in and out of Circles, Sparks, Hangout, etc. All the information that is fed in and out of the system is in real time and appears at the top of your stream.

That depends on the receptivity of its members and whether they will make it as habit forming as Facebook. If users find it more comprehensive and easier to interact and connect with their individual universes, then more and more people will be weaned off of Facebook and migrate to Google+. It will be interesting to see if there will be a Cyber War between these digital titans. Whatever the outcome, the true benefactors will be us social networkers that will ultimately keep on connecting each other and sharing our lives.

Have You Used Google+ Yet?

If so, we would like your feedback and comments!

If you like this article you should also read: