How to Use the Olympics to Promote your Brand

Home → Branding →How to Use the Olympics to Promote your Brand 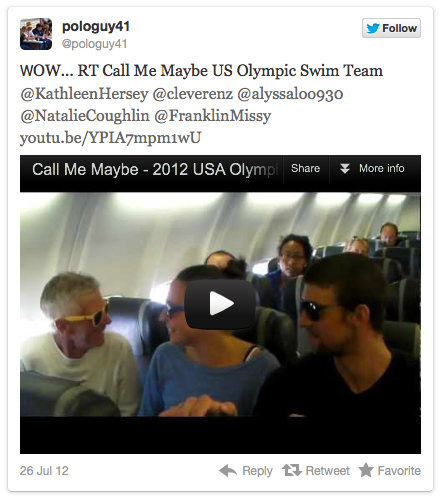 How to Use the Olympics to Promote your Brand

The Olympics only happen every two years, alternating between summers and winters. Historically the Olympics were broadcast over television networks and viewers were forced to watch the sports that were being shown at the time. This year for the first time, NBC decided to broadcast streams for all sports online. You can alternate between swimming, diving and gymnastics if you so desire. In addition to this revolutionary phenomenon, social media presence has also been taken a lot more seriously this time around. It’s probably the fastest way to track the Olympics if you aren’t able to watch live. What this means is that during the next couple weeks, most people will be using their social media networks more than usual, so brands are amping it up. Since people are going to be engaged with their social networks a lot more over the next couple weeks, you should use the time to connect with people about the Olympics while also keeping your brand at the forefront of their mind.

Using the Olympics to Connect with People

The Olympics offer brands a great opportunity to connect with people with a purpose. During this time most people tend to get excited and display some sort of patriotism, even if they usually aren’t big into sports. Even if people aren’t looking to connect with brands if they are scouring their social networks for updates, you can still promote your company by being active on social networks during peak times. People are going to be frequently checking Facebook or Twitter to keep updated, so make sure you stay engaged with them. Some major brands including Coca-Cola decided they were going to use social media to engage people by encouraging them to create and submit their own music videos. Visa also used social media to promote the development of unique cheers for Olympic athletes.

How Olympians are Using Social Media

Olympic athletes have been using social media more than ever this year. Some have been using social media to plug their sponsors, however most of them have been using it to connect personally with fans. If you follow the athletes on social media, you can see their reactions before and after competitions. With so many events and interviews, you will probably miss out on a lot unless you follow individuals on their personal social media pages. Like any athletes, Olympic athletes like to get fans and they like to keep fans, so the more they can engage with them the better. The US swim team even took the concept of fan engagement a step further by recently publishing a YouTube video with team members lip-singing the hit “Call Me Maybe.” The video was also a hit as it went viral. But more importantly, it was a light-hearted way for people to get to know the team based on their individual personalities prior to the games.

How You Can Use Social Media

By staying updated with the games you can help keep your networks up to date by posting news on Facebook and Twitter. Not everyone has the time to track down the right news sources with the most up to date information about trials, finals and medal ceremonies. This is even truer for those in inconvenient time zones. People usually check their social networks first thing in the morning, so you have the opportunity to be the first one to share the good news with your followers. Of course you don’t want to inundate people with too many updates, but staying current and updating people in your networks will keep your brand fresh in their mind, and hopefully next time they need your services, you will be at the top of the list.