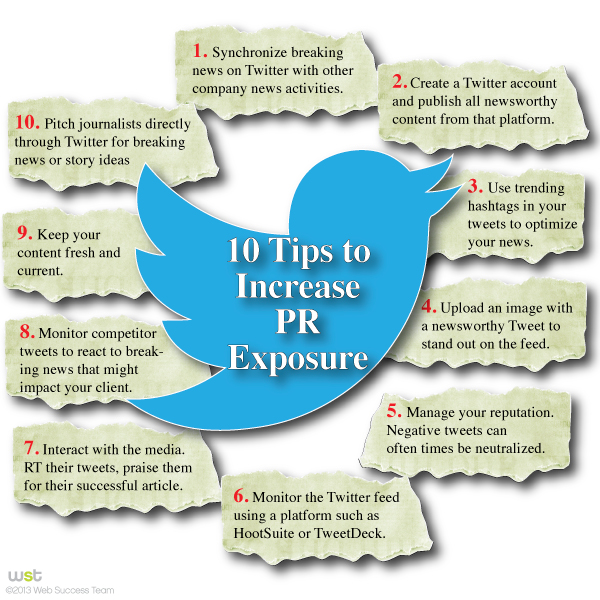 How would you characterize breaking news? I would define it in 140 characters (or less)! Yep, Twitter is PR’s tip of the spear. I once found out about an earthquake rolling my way in Los Angeles on Twitter before my building started shaking. Seems that it’s faster than Mother Nature, herself!

In today’s social media era of instant gratification, breaking news is no longer the domain of journalists and media outlets. Companies are announcing newsworthy content through their Twitter feeds to control the message before it controls them. Of course, they then follow up with press releases and other traditional PR methods.

Twitter is now part of mainstream media and a crucial player in the information announcing strategy for Fortune 500 companies to entrepreneurs, mainstream media, PR agency pros and social media companies. Websites are even playing second fiddle to the power of the Tweet.

Like anything in life, “timing is everything”. Twitter is no exception to get maximum leverage. Here are a couple of noteworthy tips:

In The Final Analysis

Twitter is “the” essential tool in your PR arsenal. It is growing exponentially and is a powerful strategy to help deliver the message, making news 24/7 at a rate of 400 million tweets a day. Like the old saying, “if you don’t control the message, it will control you!