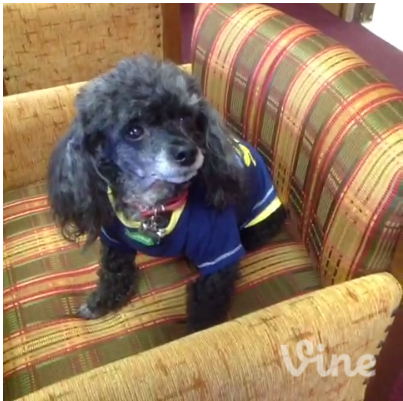 We all know that social media is quickly becoming the advertising medium of today’s fast-paced, tech savvy world, right? Now what if I told you that you could “say” everything you have ever wanted to say (and more!) to your horde of Facebook followers and your loyal Tweeters, without actually saying a word? I bet you would want to jump at a chance like that. I know I would! Well, now we can … Thanks to Vine, that is.

Using Vine for personal use

As the world changes and technology becomes an integral part of our everyday lives, it is no wonder that if you want to market your brand you need to be on your toes at all times. So, as we have for thousands of years, the human race adapts to the ever-changing environment, and that includes coming up with newer and better ways to promote our brands.

Where do your clients mingle?

We realized that reaching out to consumers meant mingling where they mingle, talk the way they talk, pretty much socializing in ways brands have never socialized before … and that was the birth of social media as a way to market your brand. But nothing is ever good enough for long and that is when social media began to evolve. Nowadays, people strive to do something different, to make themselves stand out from the crowd and be noticed, and this is where social media evolution has taken a monumental leap – Vine. Vine is changing the way we brand our products and services, six seconds at a time.

Using Vine for branding your company

Vine is an easy-to-use, high quality looping video that allows its users to share the world through their eyes. This way, viewers see things exactly how they were meant to be seen. Think about it – if a picture is worth a thousand words, then how many words can a six-second video frame say? Now what about when you loop a couple of them together? Those results are the driving force behind the sweeping craze hitting Twitter and Facebook. However, that’s just the start. You can use your own brand (or personal) hashtags to link posts together or to grab the attention of someone new.

Vine, which was created in June of 2012 and is the brainchild of Dom Hofmann and Rus Yusupov (Colin Kroll joined the team as the CTO in July of that year), was acquired by Twitter in October of 2012 and launched in January of 2013. Within just a few short months, as of April of 2013, Vine has become the most widely used video-sharing app. It has also dominated the top spot as the most downloaded free app in Apple’s app store (currently, Vine is only available on the iPhone and iPod Touch, but according to Dom Hofmann, it will be coming “soon” to Android powered devices, much to the delight of every Android owner). Not a bad start, Vine, not bad at all…